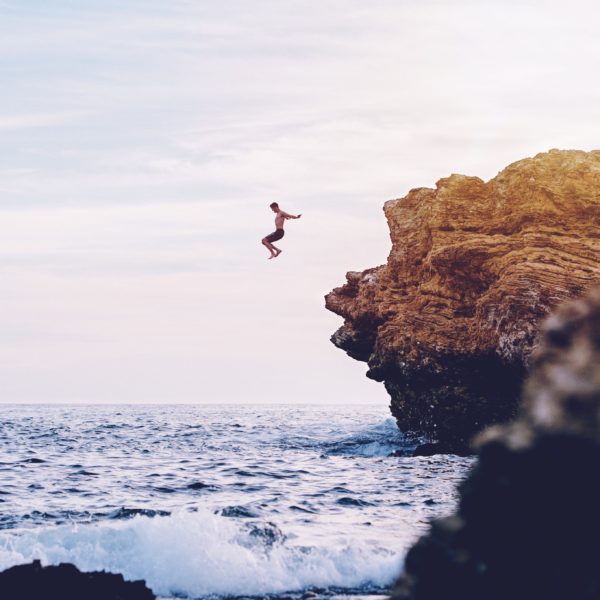 What do you really want to do? That thing that you bottle up and suppress because you know it would be such a good idea, but the thought of it feels so overwhelming – what is it? Maybe you want to start something up. Or read more books. Maybe you wish you could be a bit healthier? Or just dearly want to stop feeling a certain way about a situation, person or personality trait?

This sense of looming overwhelm is one of the big things preventing us doing things we want to do, or don’t want to do right now but know will be beneficial in the longer term. It’s not even actual overwhelm, is it? It’s the anticipation of overwhelm – “If I start on this, it’ll soon be too much”.

We can’t really claim to have invented this, as it’s the sort of wisdom your gran might have passed down, but it bears reframing for the modern world. And maybe someone needs to hear it right now, and maybe that person is you. So here it is. Whatever it is you think you can’t do…

You don’t need to make going for a run every day your goal, but you can do one and take it from there. Then at least you’ve done it once! You don’t have to transform yourself into a different type of person overnight, like in that Kafka story. But doing things once gives you a trial and error research project; you can narrow down your hopes and dreams, and work out what to focus on, over time.

Make it about doing, not feeling

There’s something about taking action which is key to all this, too. For example, if a situation keeps bringing out a negative or obstructive emotion in you, why not try behaving like someone who isn’t bothered? For a moment, let yourself forget about what you’re feeling, and focus instead on what you’re doing. Let’s face it, this isn’t easy! Negative feelings are absolutely convincing – we’re programmed to listen to them and believe them, and we may never be able to see through their wicked illusions! The key is not to try. Make this a behaviour war to be fought on behavioural grounds. Bad feelings want you to think you need them, and that they can help you logic some sense out of things. We may never be able to put them aside forever, but remember: we don’t have to commit to giving up feeling angry or upset or self-defeating forever. What have we got to lose by trying to behave like someone who doesn’t feel those things in these situations, just once?

Having a reference point

We are explorers, as we go through this life. The more things we try, the more potential we have to understand others and subsequently make the world a better place. And when we’ve done something once, we have evidence for ourselves that it can be done. We can look back and say, hey – I didn’t think there could ever be a different outcome in this situation, but there was that one time I successfully surprised myself and jumped out of the plane (proverbially or actually!) If you did it once, you can do it again.

So… what are you going to try today?