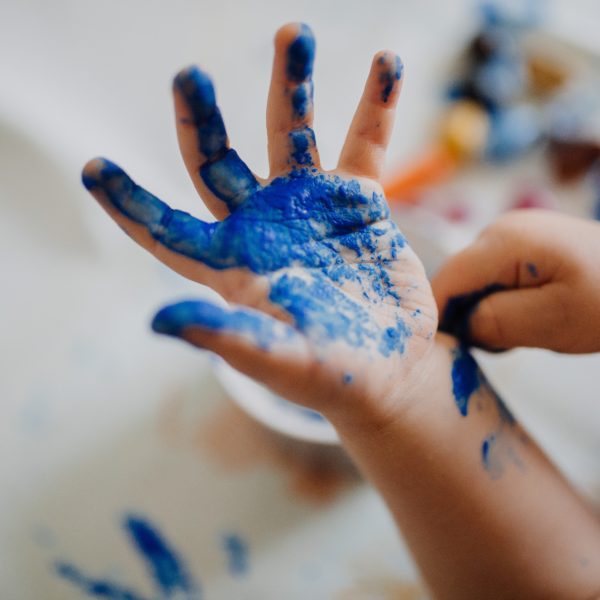 Things have changed, and it’s not all bad. There’s no time or energy for messing around anymore. The glitz had a good run, but it’s come off the the world a bit, hasn’t it? Things that used to look cool and exciting don’t hold the promise they once did.

Many of us have stopped channelling our dreams into shopping and travel and are focussing instead on saving our money and loving our friends. And they might have designer kitchens in their Zoom backgrounds, but all the celebrities and super-successful people are stuck in their homes, struggling with video conferencing software just like the rest of us. Where does this leave the obsession with ‘talent’?

Hopefully it’ll finish it off. Some people seem to be managing better than others, sure, but pretty much everyone’s life sucks, in some way, at the moment. The pandemic has been a great leveller; we’re all being slapped in the face with our vulnerability every day, now. It’s a hard fight, but we can promise this: things aren’t tough because you’re insufficient in a thing called ‘talent’. So please don’t add imaginary “lack of talent” to your worry list! And if you’re in a competitive frame of mind, don’t peg it on others, either.

Now, you might be like: ‘Hey! I’m an enlightened 21st century earthling, I don’t judge people!’ But we all do this, subconsciously, all day long!  Especially at the moment. Criticising people for putting visible skills and experience to work only fosters a misconception about talent that harms all of us. It also penalises those who are already up against it.

The trouble is, we aren’t seeing each other in real life much at the moment – with no genuine eye contact and warm bodies in our space to keep things in check, judgements are flying around like nobody’s business. When things go wrong, or go well, we only have theories to fall back on. It’s natural, but let’s try a thought experiment. Imagine this is true:

Talent isn’t a magic thing installed in the womb by Zeus’s lightning bolt through your mother’s belly button. Talent is actually a concept invented to sustain a power structure, by making some people seem like magic wizards and causing others to look foolish and give up.

Whether or not you agree, just for now let’s review two possible consequences of insisting that talent is innate.

I don’t want to make this about gender, but it is relevant to this case. How many times have you heard about females of all ages, from school onwards, working ‘too hard’, over-dedicating themselves, and generally behaving neurotically as they drive themselves into the ground in their frantic, desperate, and ultimately hopeless bid to try keep up? Meanwhile, boys just have the knack, don’t they? If only they were a bit less lazy and worked as hard as their empty-headed female peers, they could really capitalise on their god-given genius! Both perceptions are equally preposterous and equally difficult to shake.

Do you know what the world ‘genius’ means?

It’s also, if memory serves, a male spirit that for some reason only works on men. Nothing particularly surprising there, virtually everything in history is mysteriously male, after all. But the idea of a ‘flash of genius’ — something spontaneous and free of any sort of labour — persistently applies to a certain kind of person, with a certain gender, colour and often background, too.

It’s nice to believe we can be born with talent, though, isn’t it? If you’re about to become a parent you’d probably barely dare hope for it. It’s an unexpected bonus one wouldn’t know what to do with, like putting a 50p in the vending machine for some Quavers and a KitKat plops out, too.

When people work hard at something that we’d like to be able to work hard at, we excuse our own shortcomings by holding their hard work against them.

Well, of course they did well at that exam/career/situation. They worked every hour god sends. Me? I prefer to be Captain Cool. I only move when the Mysticc Lightbulb appears over my head. I still do alright!

Or we pretend we’re ‘worried’.

Oh she does terribly well, much better than me – but she works so hard! She’s going to make herself ill if she keeps that up.

And all the stupid nonsense people claim about having never picked up a book their entire schooling/university etc and still got 100% for everything. It’s all the same thing. We love shaming other people’s sacrifices when we’re not ready to make any of our own.

We all tear down hard workers. It’s a natural way to protect ourselves from self-admonishment for laziness. But it’s also completely absurd, and yeah, pretty toxic.

Our challenge to you:

Look out for your positive and negative thoughts about others, this week. Are you making excuses for yourself by building them up, or putting them down?